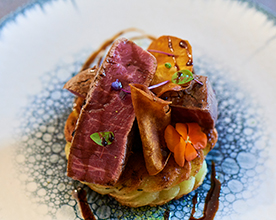 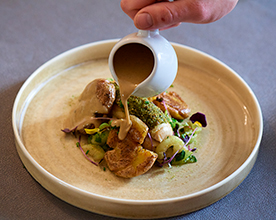 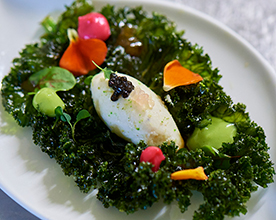 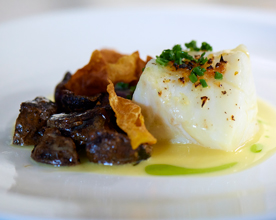 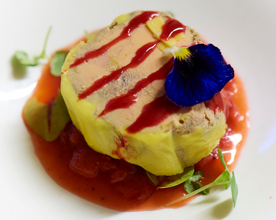 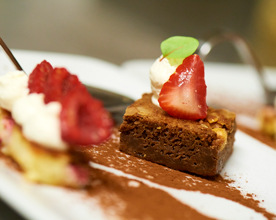 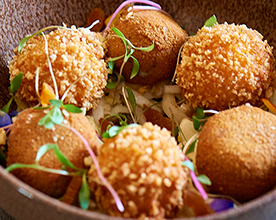 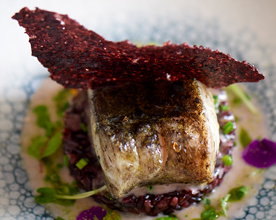 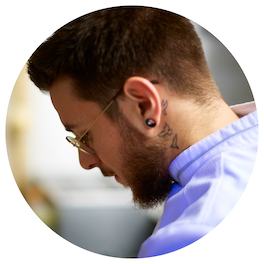 The history of the Forge at Fontaine-Daniel has always been closely linked to that of its chefs. Today, William Blondel, barely in his thirties, has been serving in the kitchen since June 2020.

After studying cooking in Laval, in Mayenne, he began to work in well-known and recognized regional establishments such as the Bistro de Paris in Laval, or the Manoir du Lys in Bagnoles-de-L'Orne. Then, with a thirst for discovering other cultures, he set off for Auckland, New Zealand, to work for a year at the Stamford Plaza, a 5-star palace.

Back in France, William Blondel is now constantly enriching his cuisine and nourishing it with herbs and condiments, and daring to make extraordinary alliances between local Mayenne products and exotic flavors. 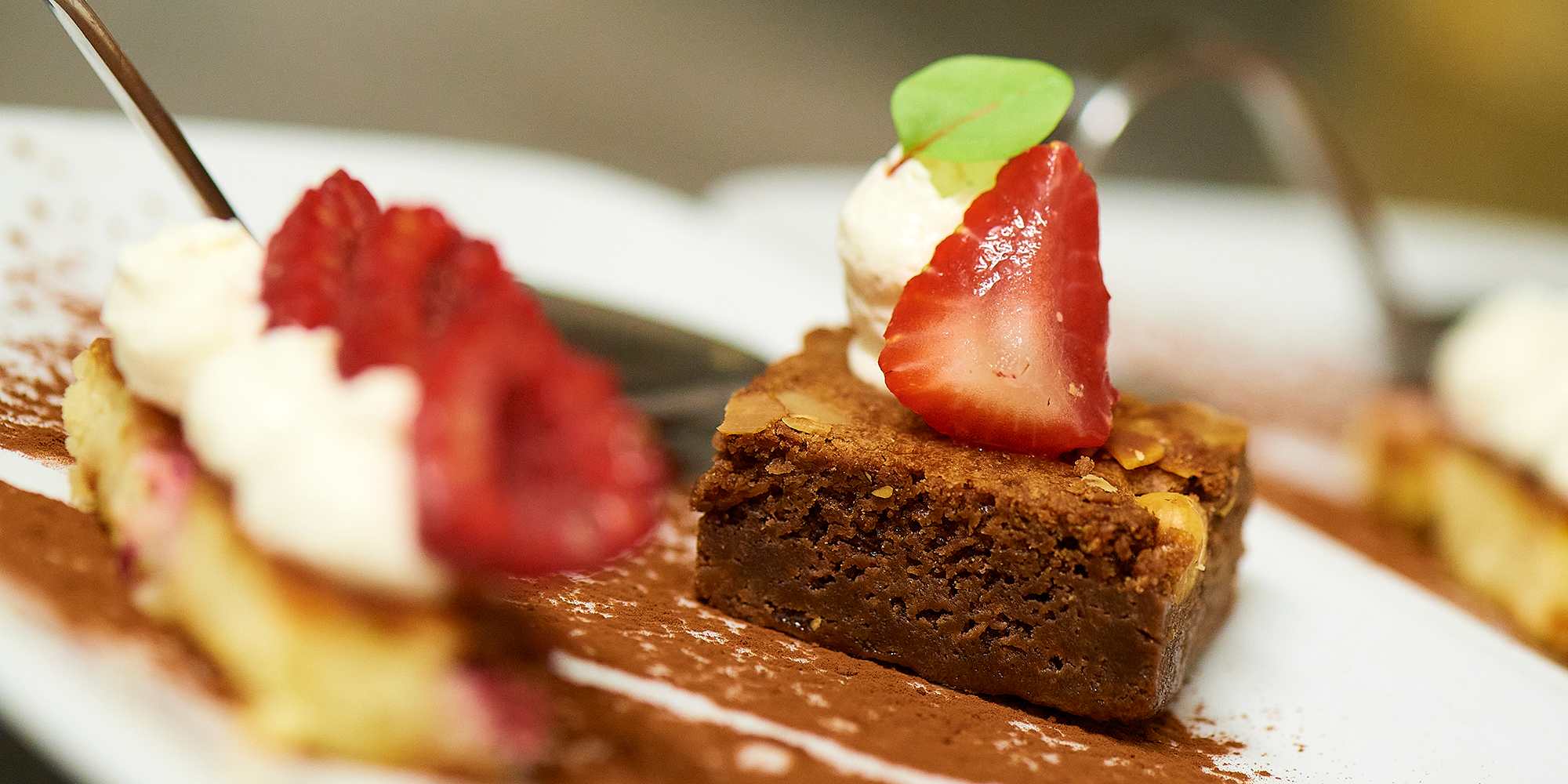 Our menus are served from Wednesday lunchtime to Sunday lunchtime. They are made from fresh products, enhanced by spices, herbs and condiments to create a unique taste experience for you.

Reservation by phone or email is strongly recommended.

By entering your email address in this form, you consent to our using it to answer your question. No additional commercial information or newsletter will be sent to you in accordance with our legal notices.